Forever committed to preserving the future...

This is Klaserie Private Nature Reserve

Fantastic predator action in the Klaserie this weekend with the presence of the Mapoza male lions who took down a buffalo and began to feast on Friday morning. These coalition brothers are in great condition, and it was a wild and raw experience to watch them tucking in to their kill gruesomely. When we arrived at the scene on Saturday, the rotting carcass had brought about the presence of nature’s clean up crew: the vultures. Hundreds of these meat-eating birds were perched on the surrounding trees, eagerly awaiting their chance to swoop in and take over the kill. Then, from the thick vegetation, the hyenas emerged, and then the take over really began!
really began! 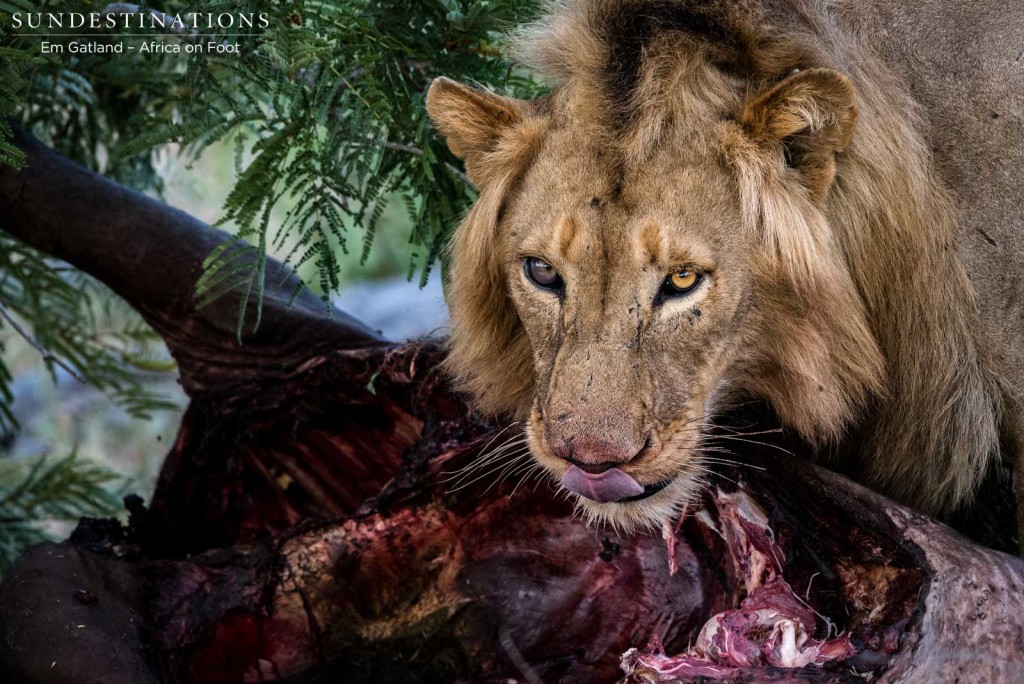 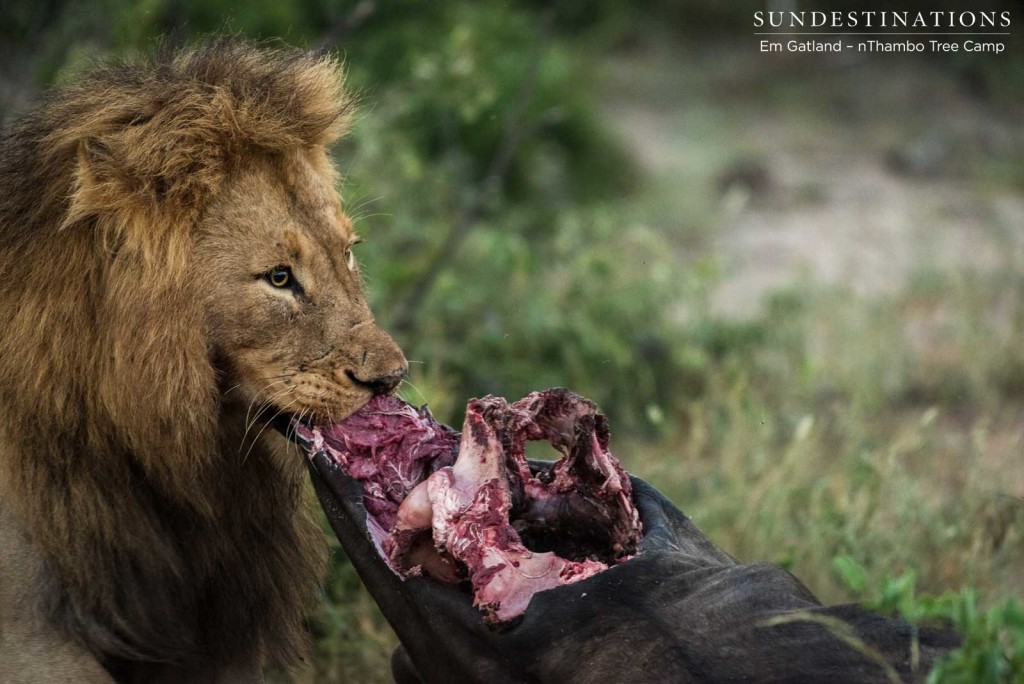 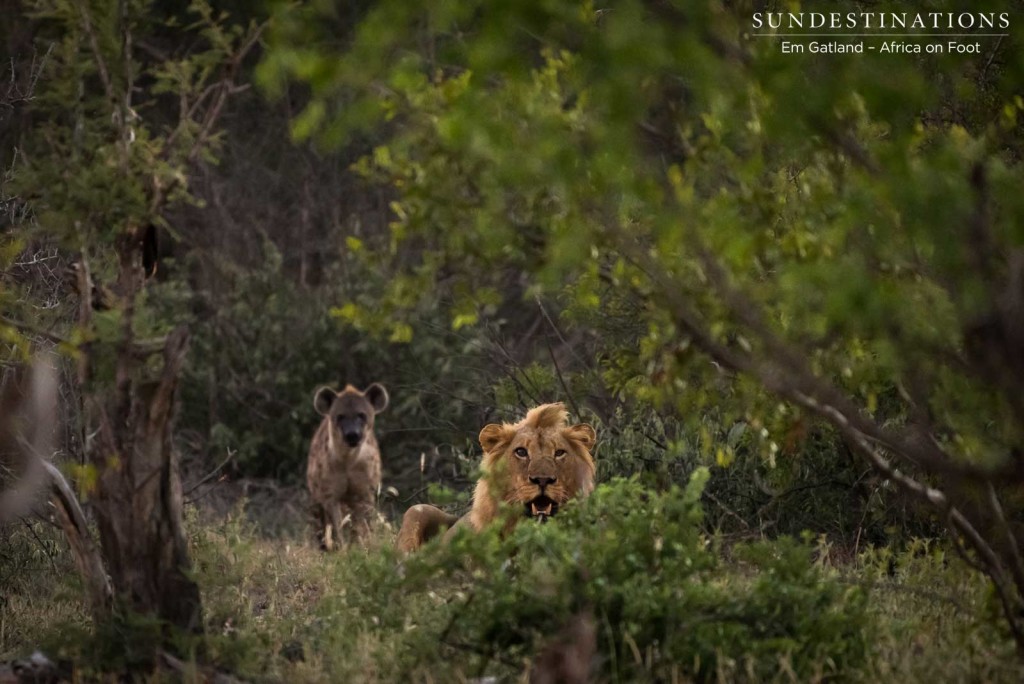 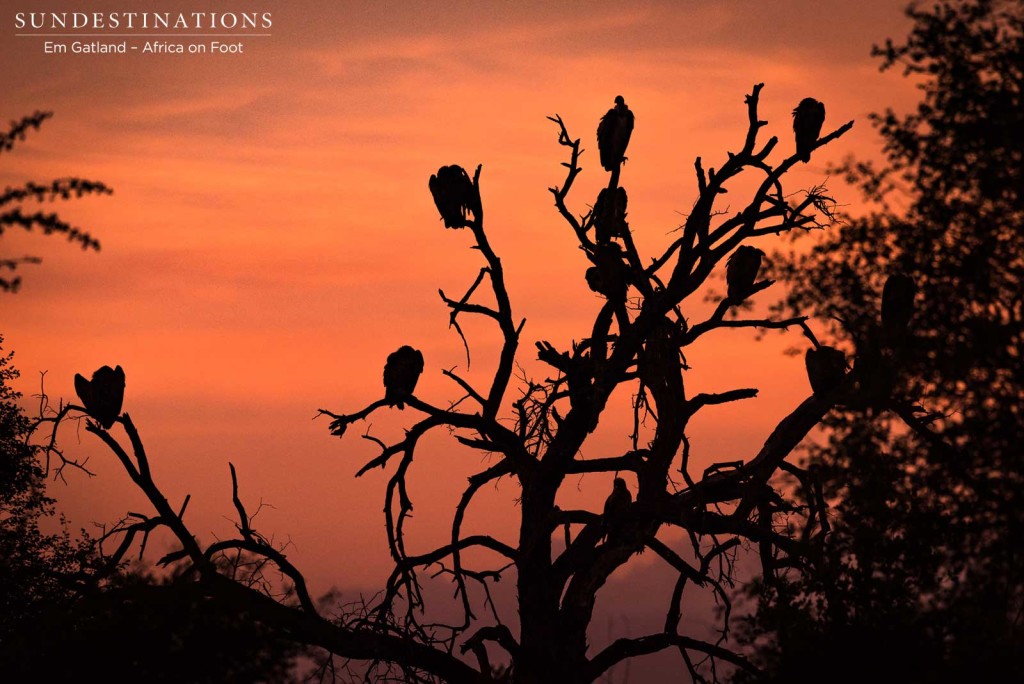 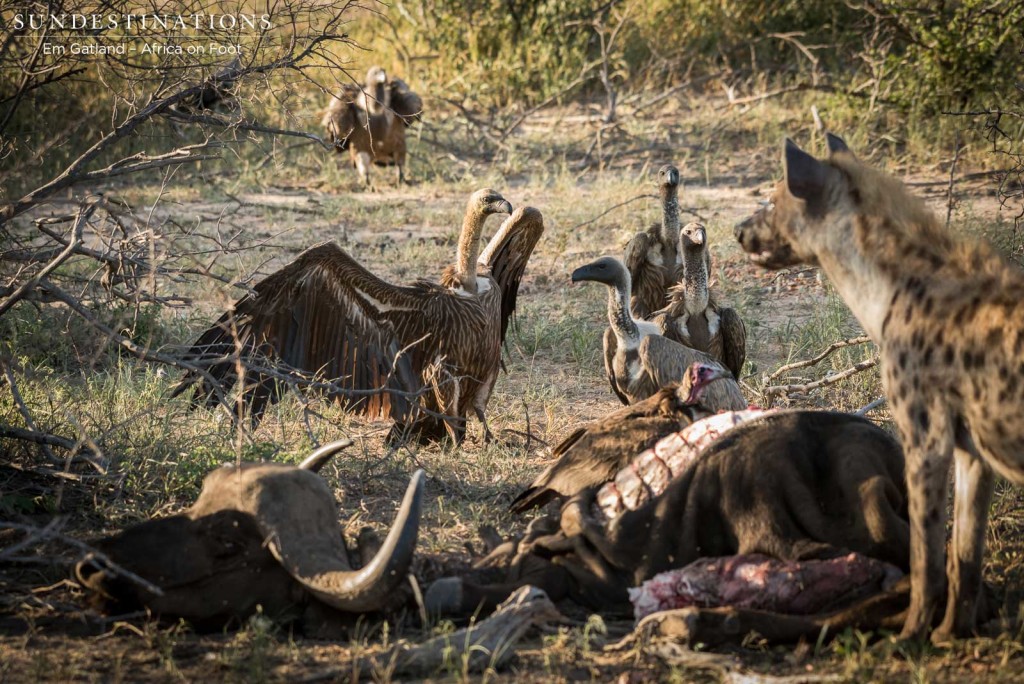 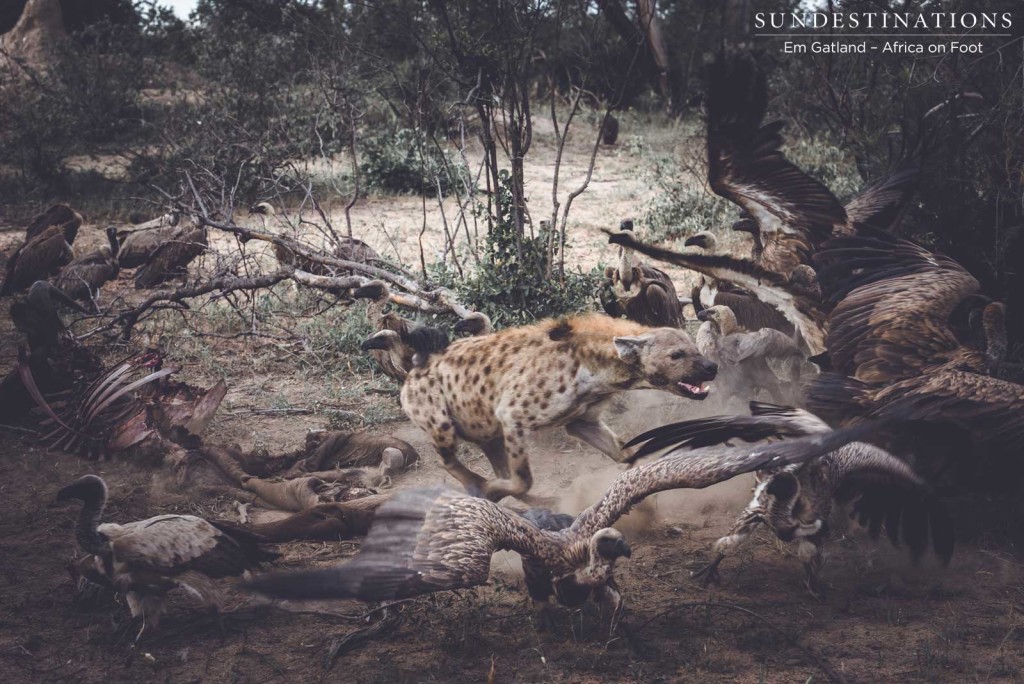 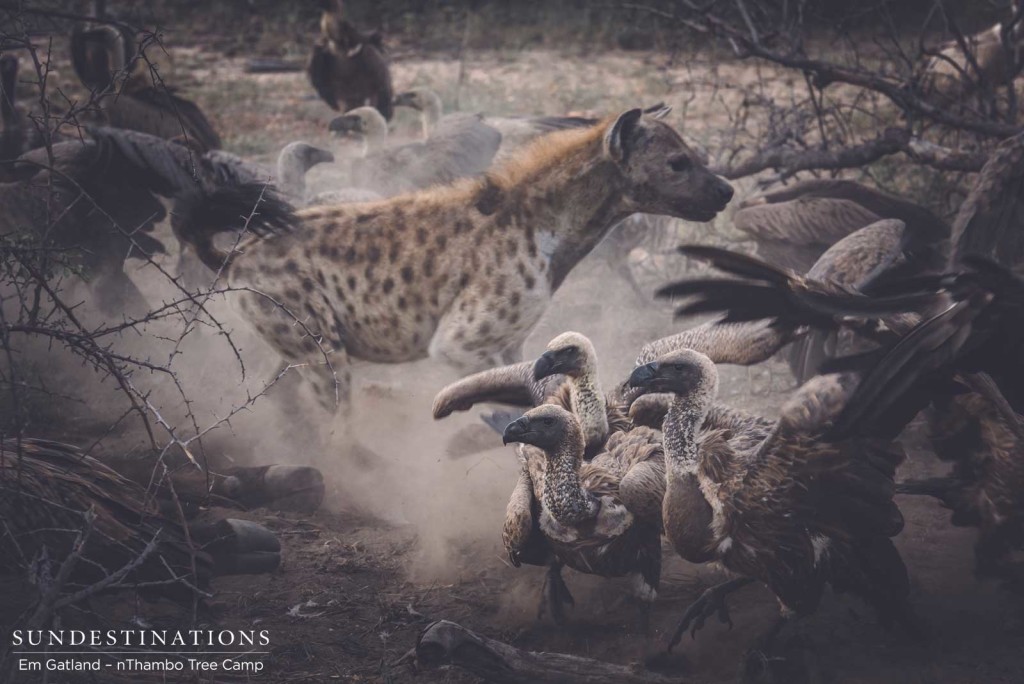 It was a breath-taking scene was something special to watch. Every one of our senses was paying attention to the action in front of us: The sounds of giant wings displacing the air, taloned feet landing heavily on the ground, rasping calls from the vultures intermingled with the groaning voices of the hyenas. Let us not forget to mention the smell of the buffalo after a couple of days in the sun! Once the lions vacated the scene, it was warfare between the scavenging parties, and it was certainly one for the books. A beautiful sunrise set the backdrop, and soon melted away to reveal the true heat and light of the day, bringing this scene into full view for guests at Africa on Foot and nThambo Tree Camp. 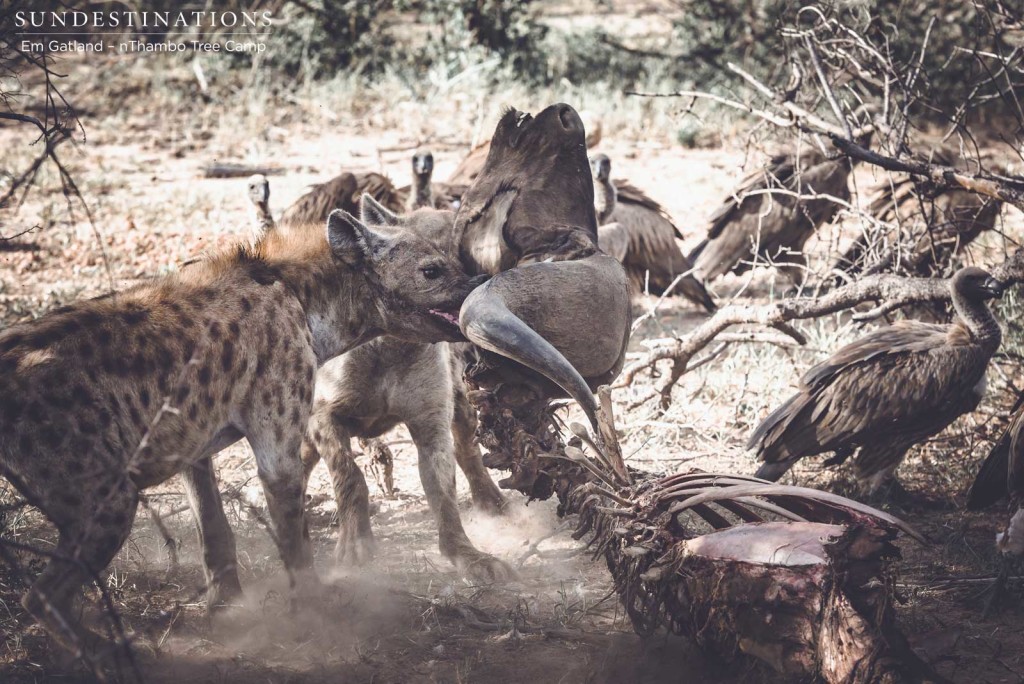 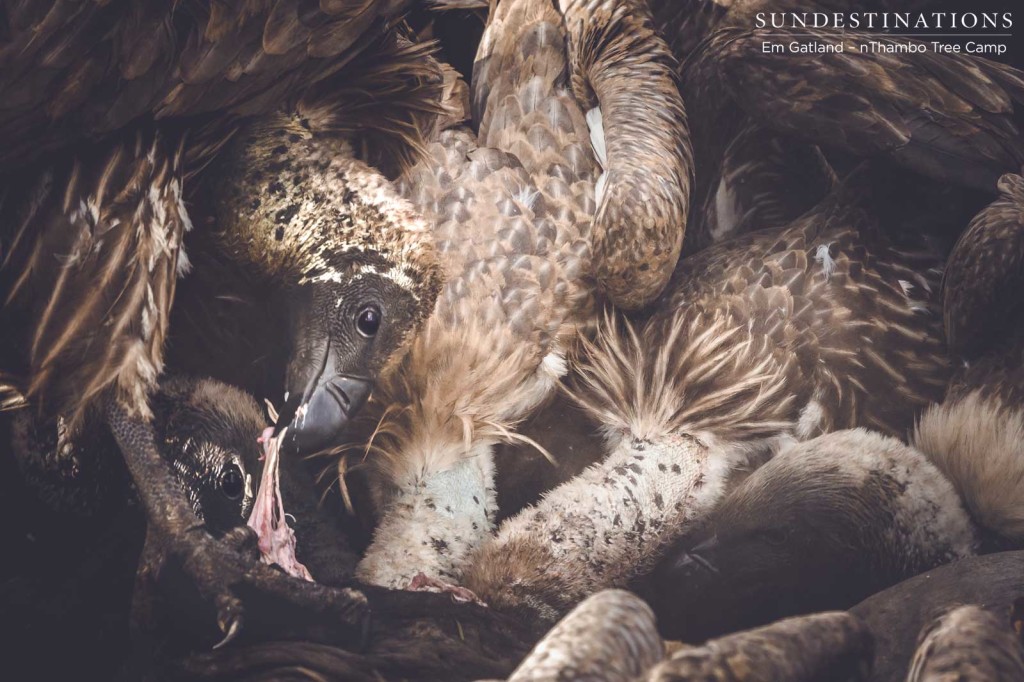 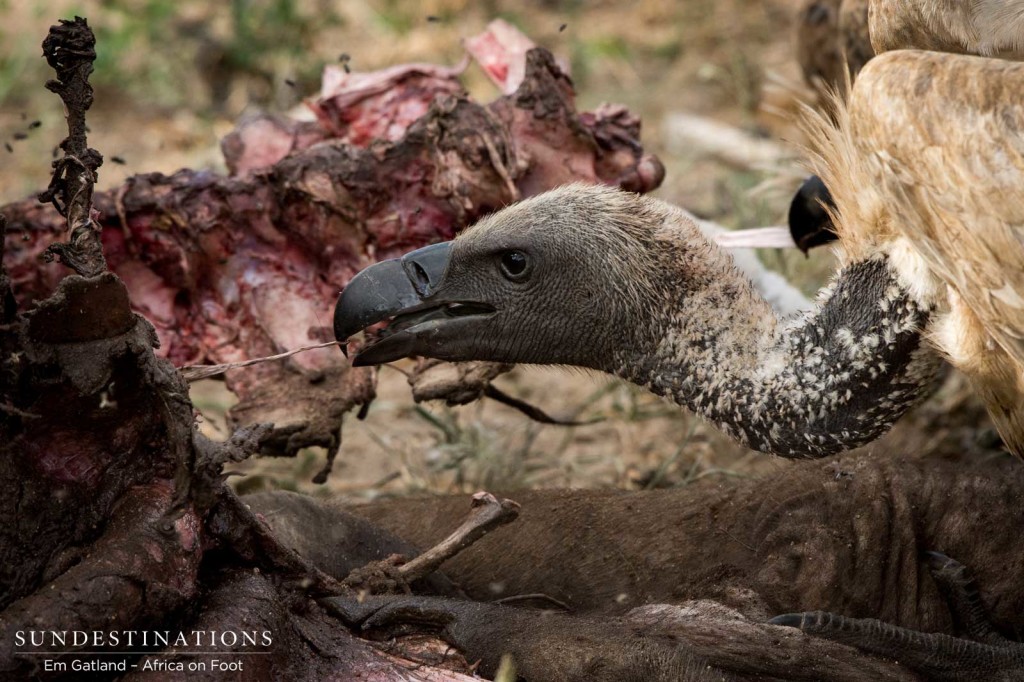 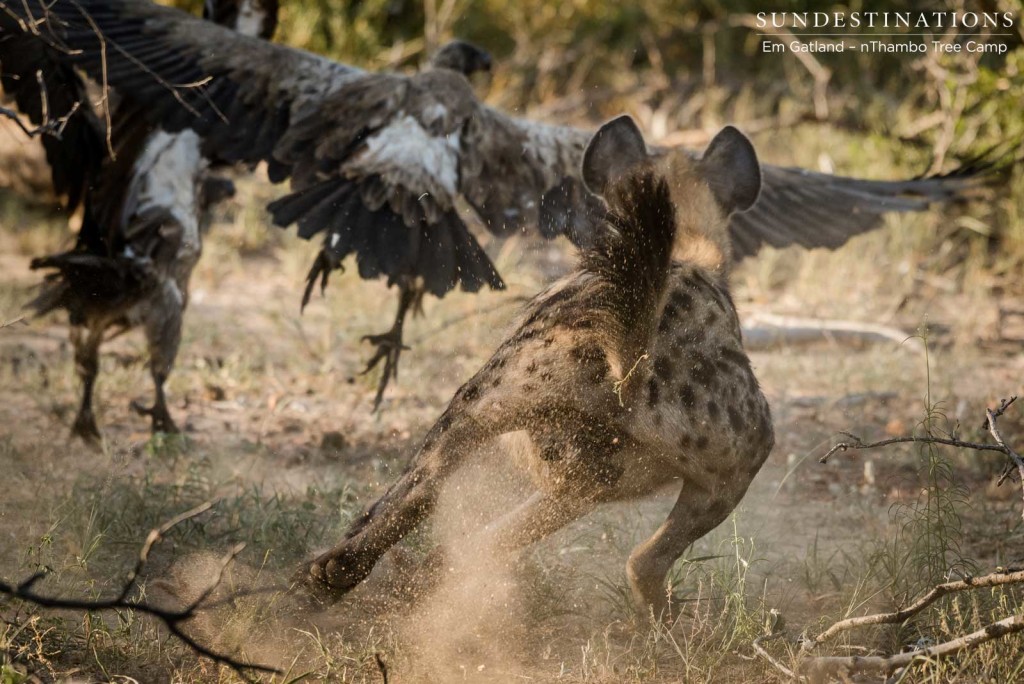 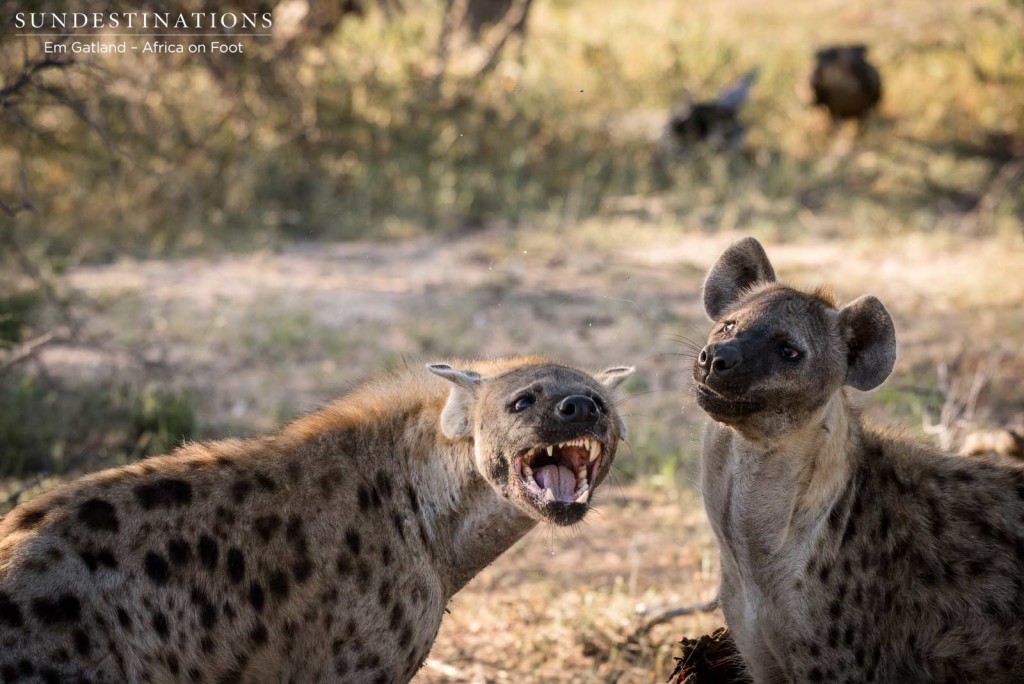 We could not have banked on a more exciting start to the day! We got to watch 3 of Africa’s most iconic species in competition for the same carcass, seeing how one single buffalo feeds so many animals in the wild. This is the food chain in action, and undoubtedly, it continued once we left. From the lion, to the hyenas, to the vultures, then onto jackals, birds of prey, and the smaller carnivorous insects, flies, and maggots… Soon, all that will be left are the most impenetrable bones of the buffalo. What a magnificent piece of action in the Klaserie!